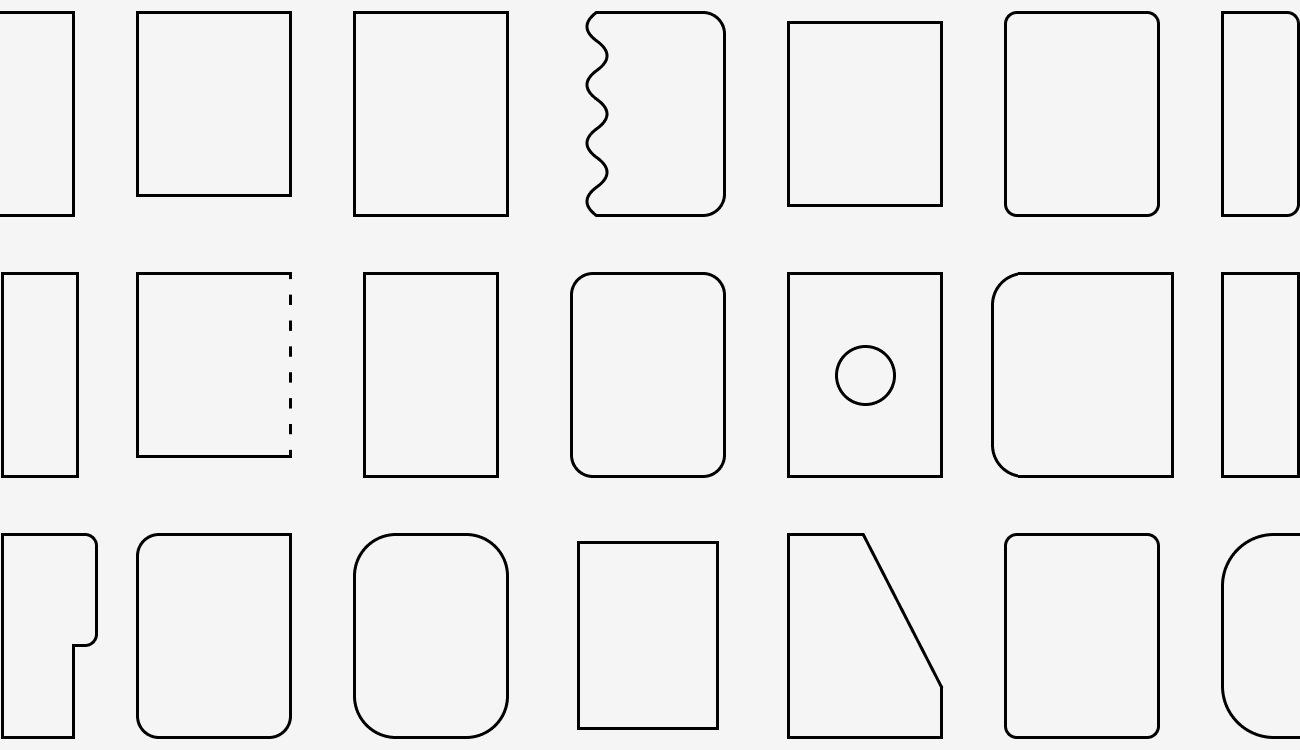 There are three reasons why what we make ends up the same as everything else. Here’s what we can do about it.

Sameness is the enemy of creativity. And yet so much of what we make is eventually swept up into the event horizon of uniformity.

There are likely as many reasons as there are makers. But I suspect those reasons may fall into three larger categories that arrange on a scale of conscious to unconscious: pragmatism, imitation, and ambient influence.

Pragmatism is a good reason. There is a reasonable assumption that things that are understood right away are also used better. So when we make a new thing, we don’t make it in a vacuum. Why we think it should exist, how we create it, and how we expect it to be used are all in conversation with the things that came before it and, more importantly, the patterns and streams of culture their existence created. The goal is the pronouncement that “it just works.” Saying such a thing is meaningless if only the maker believes it to be true.

Imitation, at its best, is more than flattery. It’s an acknowledgement of a thing’s success. When something is celebrated for its form, function, and novelty, it will also be the thing that everyone else copies for a while. Such things are relatively rare, but always establish long-lasting trends which begin with the rejection of standards and end with having created new ones.

Ambient influence is the dark matter of the creative universe. Picasso famously said, “Good artists copy, great artists steal.” The conventional interpretation is that an artist who copies attempts to duplicate the whole, whereas an artist who steals takes discrete elements directly from one thing and uses them in a new way to create something else. Extracting meaning from this aphorism may be little more than a semantic exercise at this point. What matters is that everything we see is material. The burden upon makers is the responsibility we bear, regardless of how conscious we are of our influences. Artists have lost lawsuits brought by other artists who recognize their work in someone else’s; these precedent-setting judgements suggest a consensus on the matter of moral responsibility for the sub-conscious. What a weighty responsibility.

Often, the most charged reason for the sameness of something is laziness. Is laziness pragmatism, imitation, or a lack of point of view held against the ambient commons? I think it is, at its root, something else. Mostly, it’s a projection. From afar, it’s hard to tell whether someone else’s creation is the product of laziness. To presume laziness presumes intent. It may appear lazy to make a “knock-off” object, but if the maker’s only aim is to sell a bunch of objects while incurring the least cost, laziness is probably not the right critique. On the other hand, never questioning the balance of novelty, pragmatism, and ambient influence upon a thing is lazy.

Laziness is an unhealthy manifestation of imitation and the crowding of ambient influence. Regardless of what we make, we must make with our minds and eyes open. It’s this kind of imbalance, I suspect, which accounts for the majority of the sameness in the world. After all, making does not necessarily require creativity. It may not employ it at all.

Pragmatism is worthy of more consideration. It is not just a good explanation of sameness. Of the three I’ve focused upon, pragmatism is the only one that can be as much a driver of sameness as it is creativity. If ambient influence is the dark matter of the creative universe, pragmatism is its quantum entanglement.

Pragmatism is good for creativity. It provides exactly what should catalyze creative thinking: tension, resistance, constraints.

Creativity is often described as as a form of problem solving, but it is also a form of rebellion. Sometimes we just want to do things differently; sometimes simply to be different. It’s part of who we are. So it is to be honored, not suppressed. The elastic snap of the mind as it is pulled between constraints is the drag of every paintbrush, the spin of every potter’s wheel, the movement of every artist’s hand upon every material and surface. It is an agent of chaos for the untested; controlled matter for the practiced.