An Interview with Silas Munro

Silas and I were classmates at Rhode Island School of Design and have known each other for almost a decade now (wow).

Silas is also a graduate of CalArts and has worked as a designer in many different contexts, including the Walker Center for the Arts and VSA Partners. He is currently a visiting professor of design at NC State University.

CB:What fascinates you about the web?

SM: What I find fascinating about the web forms a general duality. On one hand, its interesting to notice all the qualities that are mirrored in the real world: movement, interaction, layeredness, complexity (interesting to note that, as time goes on, the web has taken on more of a semblance to the non-digital realm). On the other hand, complete interconnectedness, immediacy, lightness and findability are all aspects that exist in a more apparent or exaggerated way. Funnily enough, objects in the real world (at least man made and designed ones) are trending towards being more web-like.

CB:What would you change about it?

SM: I miss tactility on the web. Although, Momus gave what I heard was an interesting talk at the last AIGA National Conference about texture being the replacement for tactility on screens. Im not fully aware of his argument; he said something rather derogatory and I walked out before he finished… But, you can watch the lecture here and make up your own mind.

SM: No, but I am a guest blogger on the Walker Art Center Design Department Blog. Ive also blogged a bit in classroom settings, both at CalArts as a grad student and here at NC State as faculty. I’ve been a big fan of a number of design blogs, including Design Observer, ManyStuff, Viewers Like You, Its Nice That, etc…

CB: What technology has had the greatest impact on your professional life?

SM: The computer seems too obvious, but I can’t avoid it. Though the computer has made its way into the world of all disciplines, it had an especially profound impact on graphic design. This is due to the fact that typography and graphic design have always had a very interrelated relationship to technology.

There have been four major technological revolutions in the history of graphic design: movable type (Gutenberg, and the Chinese before him), the industrial revolution, the development of photo/graphic-based reproduction processes, and the digital/desktop publishing revolution.

Though I lived through the last of these four, I wasn’t a practicing designer at the time. In some ways I’m jealous of the designers who were part of the so-called legibility wars. Designers of my generation have their own discourse (more of an image oriented discourse than textual) and own places to take our now expanded and media-agnostic discipline.

CB: Who has influenced or helped you the most in your career?

SM: This could be an impossible question to answer as I have been influenced by a tremendous number of teachers, peers, and now students.

The first person to really model the practice that I’m now starting to create was Matt Monk, a graphic design professor, independent graphic designer, and visual artist who taught my first typography class. I went on to be his teaching assistant during my senior year at RISD, and then a visiting guest critic after graduating. I’m lucky enough to call him a good friend as well. He was one of the first hybrid designer/artist/teachers that really resonated with me, and is one of my greatest influences.

CB: What makes you uniquely suited to your role as a design educator?

SM: All my Dad’s sisters are teachers, so I come from a line of education. I’ve also had the chance to practice design in a very broad range of contexts. These range from a design fellowship at the Walker Art Center, a non-profit, multi-disciplinary institution to working at VSA Partners one of the most acclaimed corporate design and strategy firms that remains independent and unconglomerated. As a freelancer, I’ve also worked everywhere from a fortune 500 company to some of the best boutique graphic design firms across the country.

Since I have experience in a number of different kinds of practice, I think that makes me well suited to groom students for a place in the design world, no matter where in our ever-slippaging field they want to end up.

CB: Have you observed any differences in the way technology affects the design education experience from when you were an undergraduate student?

SM: Yes. I don’t remember having that much email contact with my professors. Sometimes, if I felt it was an emergency situation and my world was caving in, I might have tried to contact them that way. But now, I have a fair amount of email contact with my students. In a world where designers are often interfacing with their clients in a remote manner, why not embrace virtual interaction to supplement direct studio contact? I have had students send PDFs for review over email, but many design educators are looking beyond that. Holly Willis at USC is doing some very interesting things with web 2.0 tools in her classroom and facilitating their use for other faculty at USC through the Institute for Multimedia Literacy.

Also Deborah Littlejohn, a PHD student here at NC State is doing her dissertation on the future of design education as it is influenced by evolutions in technology and media.

CB: Before joining the faculty of NC State, you presented a fascinating thesis at CalArts about the various modes in which designers work. Could you explain your project?

SM: My Thesis was called Poly-Mode. I generated a model of 6 modes in which graphic designers work: Conceptual, Editorial, Emotional, Formal, Ideological, and Procedural. All designers operate through each of these modes at some point during a project. Most graphic designers with a well known body of work utilize mainly one of these modes, and then lead with that same mode in every project they work on. For example, Daniel Eatock uses the conceptual mode in his work (he does use form, but always in the service of the idea), while Martin Venesky, another well known designer with an established body of work, uses the procedural mode (he has a very laborious slow and often hand generated process).

In my thesis, I proposed a series of 4 of publications designed simultaneously by 4 fictionalized design personas who used multiple major and minor modes at the same time in 4 configurations, one for each project and persona. I had a classmate interview me over internet chat while I was in character to give each persona a specific ideology and develop their penchants to use certain modes. Below are some images of the project. 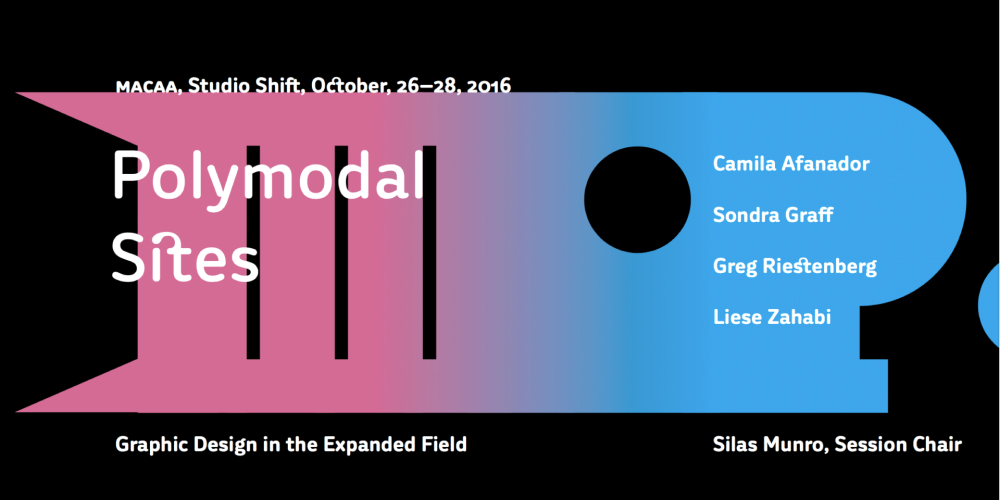 CB: I would imagine that if designers work in different modes, favoring one over another depending upon the project, the same could be said of those that interact with design, whether it be an application user or a reader. Have you given any thought to the modes of usership?

SM: I hadn’t, Chris, but you make a good point. I think users definitely have different profiles or modes that they operate in with regards to design. Some of this is conscious and some unconscious. One new notion in design thinking- Situatedness- suggests that the way in which a user behaves is contextual to where they are physically (at home vs. a public place, on a computer vs. a mobile device). This could make great research.

CB: If you had one sentence to pitch your latest and greatest idea, what would it be?

As one of my personas, Jan Buffman, a body building graphic designer, I built a typeface that can bulk up like a weightlifters muscle during a workout (see image above). It uses FontLab, a type design tool, to create a font that is also a tool for form generation. This idea came out of a Type Design studio that I took at CalArts under the guidance of Mr. Keedy, a design theorist, rabble rouser and type designer. It blends my interests in systems and idiosyncratic form in a clunky, but good way.

CB: I believe that everyone has a specific and unique talent that comes in handy at just the right time. It might be something most people know about you or something very few know. What is your super-power?

SM: I’m pretty good at positioning design concepts and ideas verbally. Some could call this being a good bull**** artist. I call it spontaneous-rapid-ideation-and-verbal-articulation.

CB: If the worlds technological and economic systems were to collapse and revert society to locally-focused, agrarian communities, what role would you assume?

SM: I would become a sign maker and scribe to help people see where they are going and remind them where they have been.

You can receive these articles straight to your inbox.
Subscribe Here.