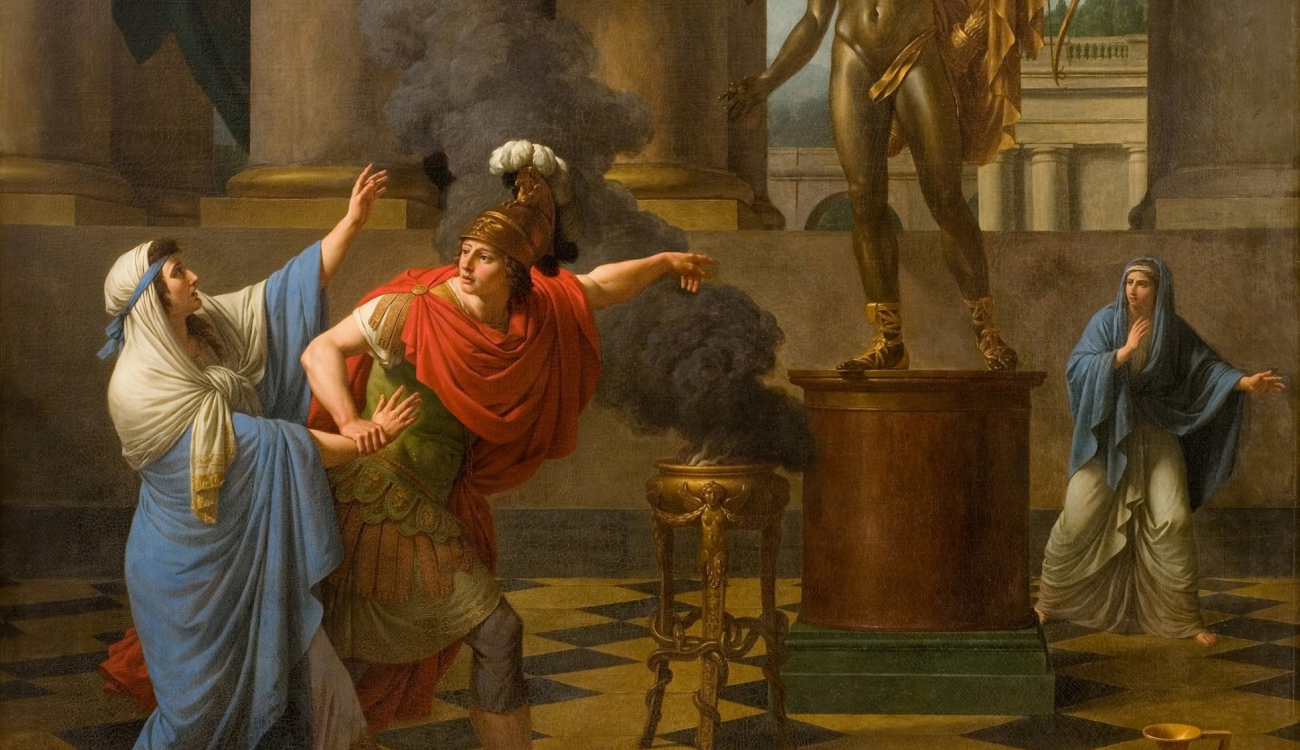 Good Prophecy Doesn’t Have to Be Right

We shouldn’t try to predict the future. We should envision the futures we want and then go and make them.

Predicting the future rarely works. But maybe it doesn’t need to.

An honest survey of all the forms human futuring can take — from analytical forecasting to stock trading to fictional world-building to metaphysical peering — will tell you only one thing definitively: we don’t know.

And yet, predicting the future is reliable entertainment. Even the most hardened skeptics are often willing to listen when someone claims to know what’s coming. I believe that’s because even an incorrect prediction still offers true insight into who we are. A prophecy need not be accurate in order to be incisive.

Take Chicken Little, for example, whose story is told as a fable about fear mongering — about what happens when you frighten others with false prophecies. (When an acorn fell from a tree and hit her head, she told everyone that the sky was falling. It wasn’t.) While it’s true that causing unnecessary panic is not a good thing, I sometimes wonder whether the purpose of Chicken Little’s prophecy was to get her friends to change in some way rather than to simply get them to look up in horror at something they couldn’t change.

No, the sky wasn’t really falling, but maybe Ducky Lucky needed to sober up and reform his profligate ways once and for all. Maybe Foxy Coxy hadn’t stopped to truly appreciate how good her life was and enjoy the present moment. Maybe the roof of Henny Penny’s coop was weak and needed repair? Maybe none of them would have taken proper stock of their lives and the right steps toward the future if they hadn’t been scared into believing that the future wouldn’t come. I know that isn’t the point of the story, but what if it was?

I wonder, sometimes, what prophecy is for. Whether your reading of that word is accompanied by metaphysical baggage or not — whether the source of a prediction is of this world and time or not — prophecy’s object seems to be the future. What will happen. What’s coming. What’s next. But what if the object of prophecy is not then, but now? What if the point of prophecy is not to make an accurate statement about a future state, but to make such an accurate statement about a present state that it motivates change?

If that’s true, then good prophecy could be done by anyone. As long as you can imagine a future state — one you desire, or one you want to avoid — you can fold that vision back upon the present in a way that will make it happen. A good prophecy, speaking entirely pragmatically, is a self-fulfilling one.

Taken on an individual basis, that sounds like some standard motivational speaking with a little bit of woo. And as much as I think — woo and all — that it has its merits as a device for one’s own thinking, imagining, and planning, I’m far more interested in applying this idea more broadly. To groups of people. To teams. To companies. To cultures.

Inevitable futures make great headlines. My, what Chicken Little might have done with a Buzzfeed byline and a Twitter account. Automation will destroy all jobs! A.I. will take over the world and make humans its slaves! The Earth will reject us and restore its ecosystem! The sky is falling! Don’t get me wrong. Many of these headlines could turn out to be correct. And even if they don’t, it sure does feel, sometimes, like the sky is falling. But that is why we should predict better futures. If a disastrous future is inevitable, what do we have to lose? If the future is unwritten, then we waste opportunities that even the most wild predictions could catalyze.

We should predict the futures we want and then go and make them.

Take just one of those disaster headlines, for example — the one about artificial intelligence. Are we really doomed to create a technology that will destroy us? On the one hand, maybe it’s reasonable to say that the existence of a truly intelligent machine is, in the long run, incompatible with a thriving human culture — that there’s only room on this planet for one self-aware, resource-hungry advanced consciousness. But on the other hand, isn’t it also reasonable to say that, OK, suppose we don’t build it then?

As a kid, I used to think that the creators of Star Trek really botched their portrayal of artificial intelligence. From a ship’s computer that seemed little more than an omnipresent Siri to a walking, talking robot that seemed to have an instant recall of all of human history but still didn’t understand sarcasm, it seemed like these ideas were half-baked. They probably were. But — again — what if they weren’t. What if these were chosen futures?

Maybe some years from now, we will have the ability to build machines of which we could only dream today, the kind that could not only convince us of their consciousness, but even exceed us in their thinking and perception. But maybe, over the course of those coming years, we learn and experience enough to know better than to do so. Maybe we come to think of a limited machine as a kind of cultural firewall — one that ensures we pursue relationships with one another, rather than retreating into digital fantasies. As a way we keep from destroying ourselves.

Surely, the Enterprise’s Computer was always listening, but it never occurred to me that what it heard was being recorded, analyzed, and sold. It obviously wasn’t.

What sort of future might we imagine and create, other than the one we assume will happen, whether we like it or not? Whatever that future is, it’s worth building.